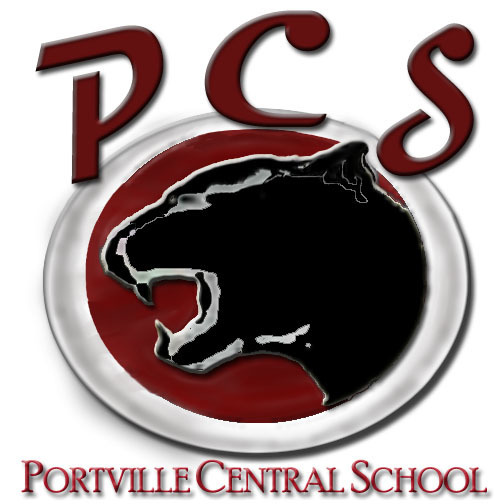 Congratulations to the JV Lady Panthers basketball team on their thrilling overtime victory Friday evening at Wellsville.  Emma Rhinehart lead the team in scoring with 9 points, while Ava Jo Edwards, Ashley Carls, and Ali Haynes each chipped in 6 points.    Up next is Salamanca tonight at 6pm.  Great work ladies!!!!!

The 7th and 8th grade modified basketball teams played together on Friday night and beat Ellicottville 29-13. Scoring for the Panthers were Peyton Rogers with a career high of 10 points, Ella Zeigler and Lauren Lyle with 4 points each and Alana Petersen, Nazara DeGolier, Leigha Stives Airanna Whittaker and Sophia Miller each with 2 points and Kaylin Elliott with 1 point. Nice job girls, next game is tonight in Salamanca.

The Portville Panthers wrestling team participated in the STOWA tournament this past weekend in Jamestown. Placing first was Mekhi Muhyee at 118 pounds. He went 5-0 on the day. Placing second was Henry Chamberlain at 215 pounds. The only person Henry lost to was last years State Runner up Trent Sibble from Bolivar Richburg. Placing third was Riley Horesly at 126 pounds and Maxx DeYoe at 138 pounds. Great Job panthers. The team travels to Randolph on Wednesday. Let's get back to work.